London Assembly member Val Shawcross has criticised Transport for London over its 'stingy' refusal to allow holders of Southeastern rail tickets to Waterloo East to exit via Southwark underground station without purchasing a £1 platform ticket. 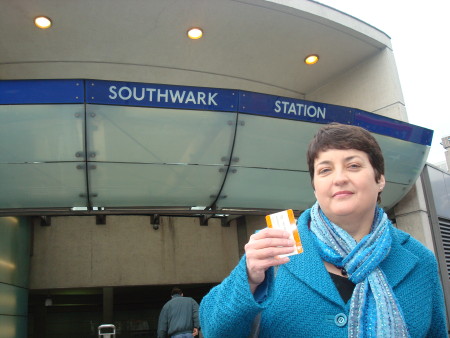 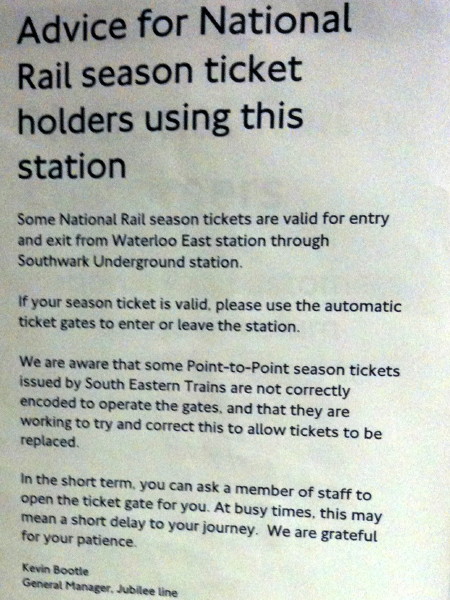 As we have previously reported, since the start of this month Oyster pay-as-you-go users and holders of Southeastern season tickets have been able to use freely the link between Waterloo East's platforms and Southwark Underground Station's main entrance on Blackfriars Road.

However anyone with a single or return paper rail ticket to Waterloo East has to pay Ł1 for a platform ticket should they wish to avoid the circuitous walk via Waterloo or steep staircase at Sandell Street.

Transport for London insists that the charge is essential to combat potential fare evasion.

"This is really Scrooge-like behaviour from Transport for London," says Labour's Val Shawcross, London Assembly member for Lambeth and Southwark.

"Anyone with an appropriate travelcard or season ticket can get off the train at Waterloo East, walk through to Southwark and exit onto Blackfriars Road. But anyone with just a single or return ticket has to pay extra.

"We know TfL have a funding issue but this is ridiculous – and certainly gives a bad impression of London and Southwark to visitors. The walk through the station is clean, bright and safe and I do think this move is rather petty."

Ms Shawcross has called on Transport for London to rethink the scheme and provide clearer information to customers on the validity of various tickets.

"To reduce the potential for fare evasion, a valid Tube ticket has been required since the beginning of January to access the passageway," said a Transport for London spokesman.

"Members of the public who just wish to use the passageway as a short-cut to Southwark and do not have a valid ticket for the Tube will be required to purchase a Ł1 platform ticket available from ticket machines.

"Rail passengers with a valid Travelcard, National Rail season ticket or using Oyster pay as you go for their rail journey will be unaffected and will not be charged to access the passageway."

Network Rail claims that the main entrance to Waterloo East is overcrowded and wanted to build a new exit in Greet Street to alleviate congestion. These plans were put on hold last year after protests from local residents.

Allowing holders of any type of National Rail ticket to use the existing link to Blackfriars Road via Southwark Station would offer a cheaper solution than building another entrance nearby.