Residents on the Neckinger and Vauban Estates have voted to call a new housing development 'Albert McKenzie House' after a local war hero who was awarded the Victoria Cross. 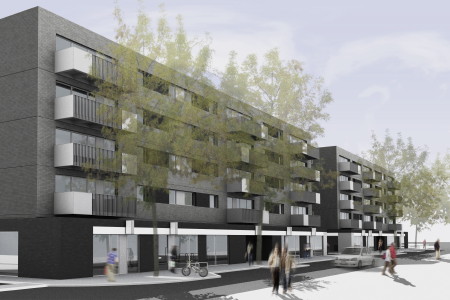 Hyde Group is currently demolishing 18 flats in an existing block on Spa Road in the first stage of development, and will be building 24 new build social rented apartments as part of the Bermondsey Spa regeneration.

"Residents were invited to take the opportunity to make a permanent mark on their community by helping in the naming and were asked to come up with a name that really reflected the area," explains Jean Douglas, Hyde's regeneration co-ordinator for Bermondsey Spa.

The ward councillors agreed that the name was fitting, and application has now been made to Southwark Council for approval.

Albert McKenzie was born in Decima Street, lived in Alice Street near Tower Bridge Road and attended school in Webb Street. He joined the Navy at 15 and was an able seaman during the First World War.

He was in the battle of Jutland and volunteered for the raid on Zeebrugge in 1918. Albert was presented with his Victoria Cross by King George V, but never recovered from his wounds, dying in the Spanish flu pandemic in October 1918.

Last week an appeal was launched to create a statue of Albert McKenzie to be installed in Tower Bridge Road.