Simon Hughes MP last week led a delegation from Bermondsey on a 36-hour visit to Belgium to visit Zeebrugge, scene of the heroic act of local boy Albert McKenzie who was awarded the Victoria Cross for his bravery. 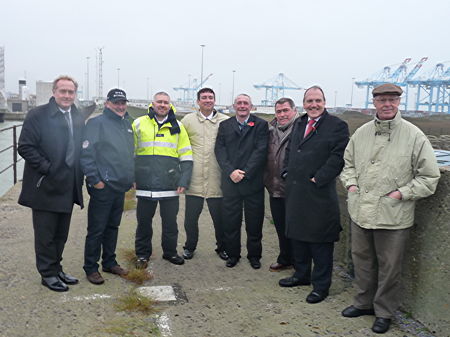 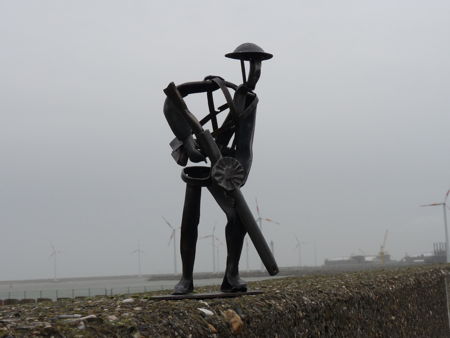 Earlier this year the Bermondsey & Old Southwark MP helped to launch an appeal to raise funds for a permanent memorial to Albert McKenzie to be erected in Tower Bridge Road.

The Bermondsey-born able seaman was awarded the VC by a ballot of his peers after his heroic actions during the St George's Day raid on Zeebrugge Harbour in 1918.

While most of those with him were killed, McKenzie saw off several enemy troops in the harbour at Zeebrugge despite sustaining severe injuries himself.

"The Bermondsey visit to Brugge and Zebrugge was an extra special way of commemorating Armistice Day and the Remembrance weekend this year," said Simon Hughes

"The Governor of West Flanders and the leading councillor representing the City Council in Brugge – which includes the port of Zeebrugge – were both very positive and supportive of our plan to erect a memorial to Albert Mckenzie VC here in Bermondsey.

"Both the Governor and the council have said they will help us to include a historic part of the 1918 Zebrugge habour in our design and our monument.

"Our visit on to the remains of the original harbour wall where so many fought and died so valiantly in 1918 was something which none of us from Bermondsey will ever forget.

"And we are really grateful to have receieved an invitation to return next year, either on St George's Day or another date, to join Royal Marines veterans and others in Zeebrugge and to visit the Belgian battlefields of World War I."