The five hydrogen-powered buses that operate on route RV1 along the South Bank and Bankside have been withdrawn from service for safety checks after one of the vehicles caught fire. 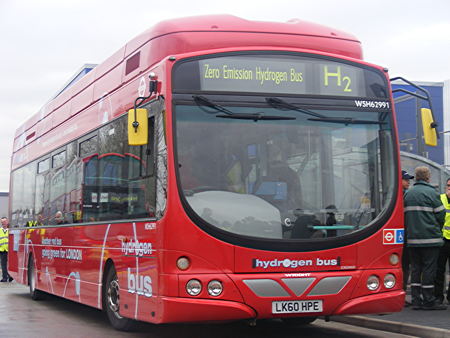 The five hydrogen buses were introduced at the beginning of the year but last month they vanished from the streets to be replaced by an assortment of conventional diesel-powered single-decker and double-decker vehicles.

"On 12 June one of Transport for London's five hydrogen buses experienced a small electrical fire not related to the innovative hydrogen system," a spokesman for TfL told the London SE1 website.

"All the buses were withdrawn from service as a precautionary measure pending a full investigation.

"This investigation has identified some minor modifications to the buses which we are currently making. The vehicles are expected to be back in service shortly."

A report presented to Transport for London's surface transport panel in May said that London Buses will monitor the performance of the five hydrogen buses and make the data available to the public.

The report said that "initial performance is promising with fuel performance and reliability currently exceeding expectations".

A further three hydrogen buses will join the RV1 fleet this year meaning that the route will be entirely operated using hydrogen powered vehicles.