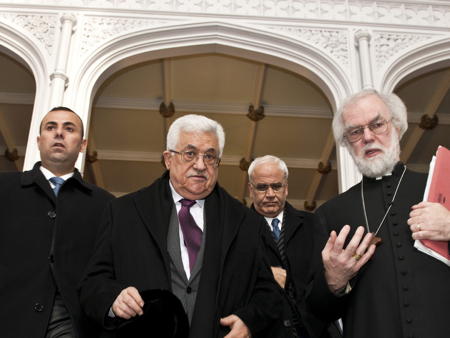 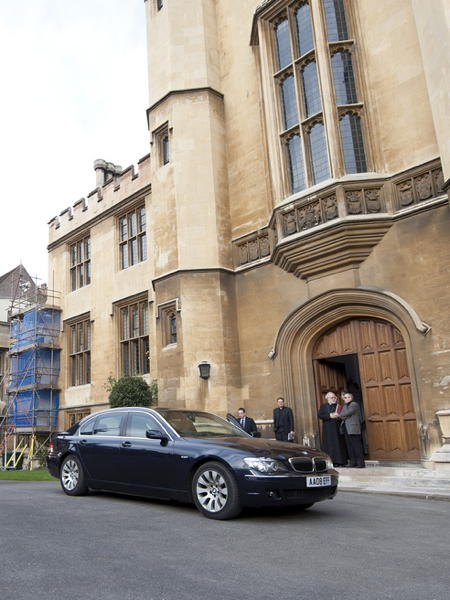 Also present during the visit on Tuesday were representatives of UK churches including the Roman Catholic Archbishop of Liverpool and the moderator of the General Assembly of the Church of Scotland.

Discussions were held on the plight of Christians in the Holy Land and the ongoing peace process.

"We continue to share the hopes of the Palestinian leadership for a lasting and just peace in the Holy Land, and we pray for the courage on all sides to break the current deadlock," said Archbishop Williams.

"Young people in Israel and in the Palestinian territories long for justice and stability and they must not be let down. We were deeply grateful to President Abbas for taking time to share with us his concerns and aspirations."

President Abbas said that the resumption of talks in the context of the Arab Spring offered a rare opportunity that needed to be grasped now or it would be missed forever.