Network Rail has released new images of Blackfriars and London Bridge Stations captured from the company's helicopter which flies around the railway system surveying it from the air.

A bird's eye view of Blackfriars and Bankside

A new concourse has been created at the foot of the Shard and London Bridge Bus Station has been reorganised. 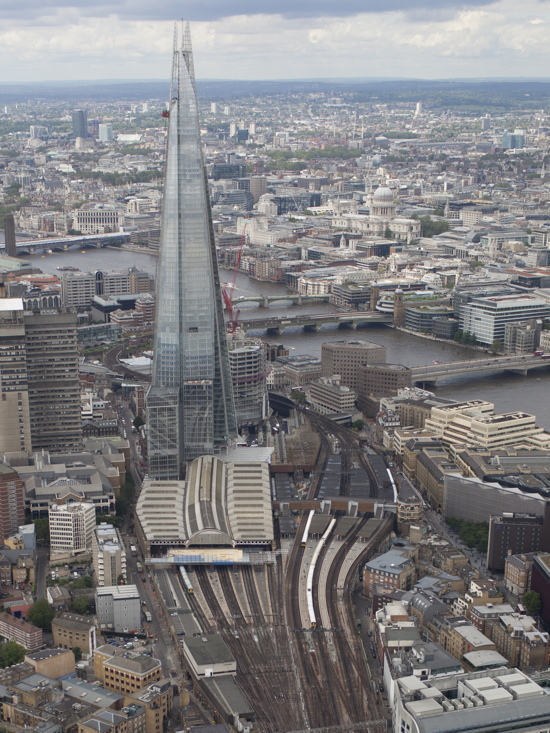 This image shows the construction of a scaffolding raft in front of the terminating platforms at London Bridge. The roof will disappear over the coming year. 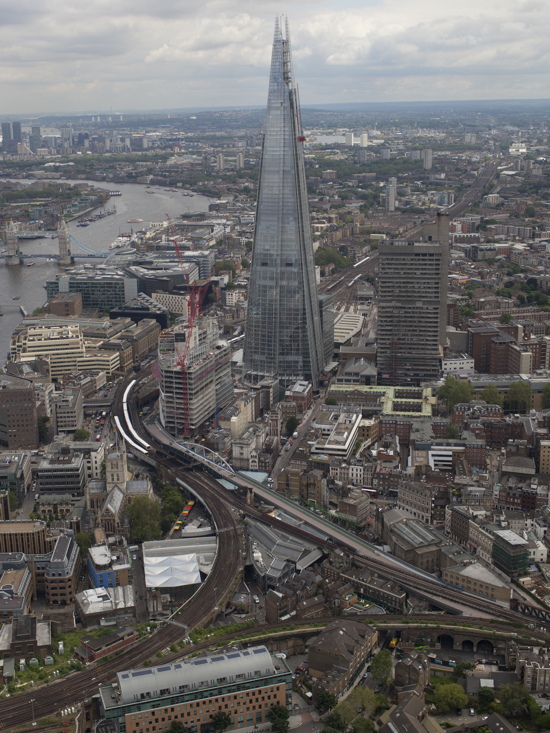 This image shows the recently completed Borough Viaduct. No trains will use the viaduct until the new London Bridge Station is finished in 2018.

"London's stations are changing massively both on the ground and from the sky, and there's more to come," said Simon Kirby, Network Rail's managing director for infrastructure projects."

He added: "As well as providing some spectacular images which we are happy to share, aerial photography is extremely useful to us to see these complex developments from a bird's eye view."

The images show the photovoltaic panels on the roof of Blackfriars Station. Installation recently reached the half-way point.

At London Bridge, the photos show the impact of the Shard. They also capture the preparatory work for the demolition of the roof over the terminating platforms which will be dismantled this summer.