RV1 hydrogen bus fleet off the road due to the Olympics

The hydrogen-powered buses that usually ply the South Bank and Bankside on route RV1 will be conspicuous by their absence during the Olympics and Paralympics. 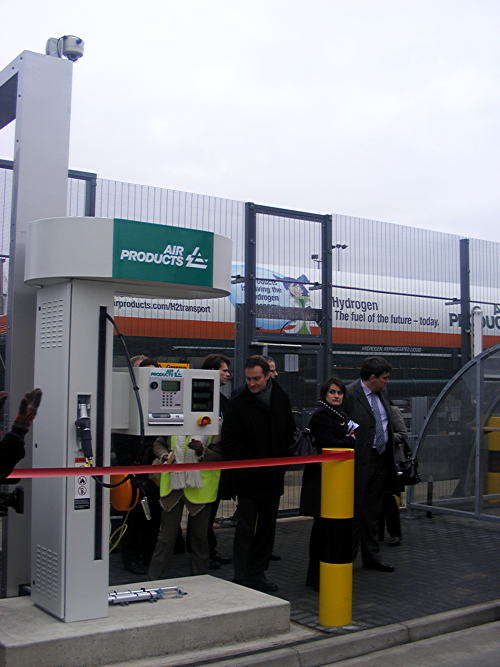 The fleet of zero-emission buses has been replaced by conventional diesel vehicles because the refuelling station is close to the Olympic Park where restrictions on deliveries of hazardous substances have been imposed.

When planning permission for the hydrogen refuelling point at Lea Interchange in Stratford was granted at the end of 2009 the Olympic Delivery Authority imposed a condition – "in the interests of security" – that no hydrogen should be stored on site between July and mid-September 2012.

The fuel for London's hydrogen buses is shipped from Rotterdam to Hull and then driven to First's Stratford depot.

Earlier this month the 1000th fuelling took place at the depot and the hydrogen fleet has now clocked up 100,000 miles on the route between Covent Garden and Tower Gateway as well as out-of-service trips to and from Stratford.

"The Transport for London hydrogen bus fleet is a ground-breaking first for Europe and has been a great success to date," said Diana Raine from hydrogen suppliers Air Products.

"The fleet has shown Londoners that hydrogen transport offers a low carbon solution that not only offers zero emissions, but also delivers a real and practical alternative to the diesel powered bus."

"Hydrogen fuel cell buses are an exciting new technology which will help us further build on the excellent work we are doing to improve air quality for Londoners."

However, according to a report in Bus and Coach Magazine, the hydrogen buses have only been available for about half of their scheduled duties due to maintenance problems and a lack of spare parts.

A year ago the fleet was withdrawn for safety checks after an electrical fire on one of the vehicles.

"Hydrogen buses are a long way from being totally reliable," Caroline Pidgeon AM, chair of the London Assembly transport committee, told the London SE1 website.

"It's time the Mayor concentrated on here-and-now technology that really works, which is buses powered 100 per cent by electricity."