How Shakespeare’s playhouse moved from EC2 to SE1

Key documents relating to William Shakespeare's life in London are part of a new exhibition at Somerset House to mark the 400th anniversary of the Bard's death. 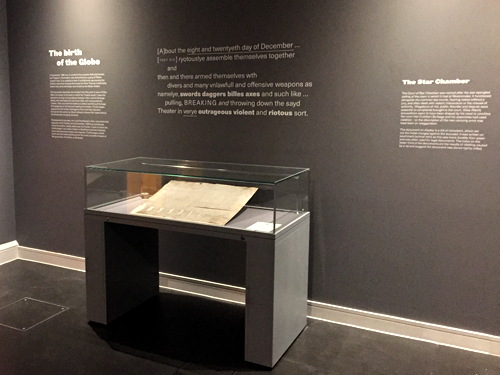 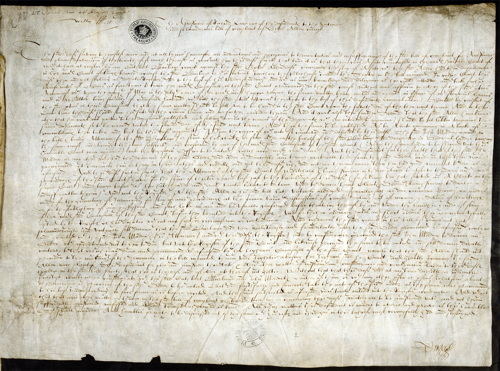 Complaint of Giles Allen against Cuthbert and Richard Burbage, 1601. Courtesy of the National Archives.

The exhibition, staged by King's College London and the National Archives, includes several documents relating to how the timbers used to build the Globe Theatre were brought to Bankside from Shoreditch.

In December 1598 one of London's first purpose-built playhouses, the Theatre in Shoreditch, was dismantled by a group of 15 men. The following year the timbers were used to construct the Globe playhouse on Bankside.

Visitors to Somerset House can see court documents relating to the demolition of the Shoreditch building, and the deed of transfer for the land in what is now Park Street where the Globe would be built.

Listen to the audio clip below to hear Prof Gordon McMullan, director of the London Shakespeare Centre at King's College London, talk about the documents relating to the Globe which are included in the exhibition.

• By me, William Shakespeare: A life in writing is in the Inigo Rooms at Somerset House until Sunday 29 May; admission £10 (conc £8)