Mayor of London Ken Livingstone has reiterated his strong support for the Berkeley Homes development at Potters Fields and accused Southwark Council of "depriving Londoners of 374 new homes". 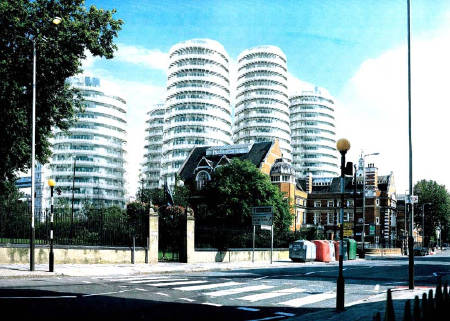 The Mayor's comments came in written answers to two questions from Liberal Democrat member of the London Assembly Baroness Hamwee.

He added: "It is unfortunate that Southwark Council, which had costs awarded against it following the planning inquiry, continues to prevent this development, thus depriving Londoners of 374 new homes."

Mr Reid added: "It would enhance the whole of the capital, and would give to London an architectural gem for present and future generations to treasure."

The Mayor has also suggested that Southwark's insistence on a cultural use of the site restricted the amount of affordable housing that could be provided.

In response to a question from Baroness Hamwee as to why he was backing a development that falls short of the mayor's own 50 per cent target for affordable housing, Mr Livingstone said: "The affordable housing offer was the best that could be negotiated at the time, taking account of the then draft status of the London Plan, and the need for the application to provide, at Southwark Council's insistence, 80,000 sq ft of void space for an unspecified cultural use."

The Mayor's comments follow his threat last month to issue a compulsory purchase order if Southwark doesn't quickly resolve the future of the land it owns next to Tower Bridge.

Last week Southwark Council revealed that it has received new offers for its land at Potters Fields, with the Design Museum – whose proposed move to Bankside was abandoned earlier this year – believed to be interested in the site.

A special meeting of the council's ruling Executive to consider the bids is due to be held before the end this month.

Meanwhile backers of The Hill proposal are preparing their own planning application for the site.