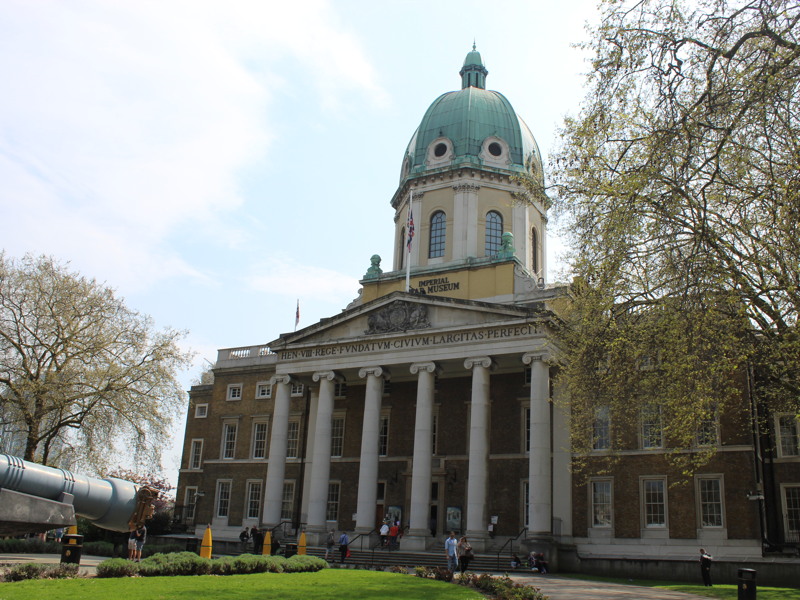 The flagship London branch of the Imperial War Museums group boasts thousands of exhibits from art to aircraft. It covers both the military and social aspects of war.

IWM London picks up the military story from the National Army Museum in Chelsea which restricts itself to the pre 20th century.

The IWM is housed in part of the former Bethlem Hospital (Bedlam), built in 1811 and relocated in 1930, with the museum arriving from South Kensington in 1936.

The museum reopened in summer 2014 after a £40 million revamp.

Admission to the museum has been free since December 2001. Some special exhibitions carry an admission charge.

The museum is surrounded by Geraldine Mary Harmsworth Park.