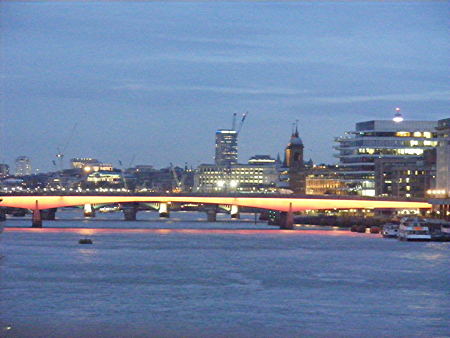 The first London Bridge was built by the Romans slightly downstream (c. 50AD). It has been re-built several times. The version built between 1176 and 1209 originally had houses, shops and a chapel on it. Replaced in 1831 by John Rennie's bridge which is now in Arizona, USA